The STPP is based on the SolAir technology. The power plant is designed to produce 1,5 MW electricity and for 1.000 hour operation per year. This particular CSP is the most successful and stable technology ever - now with 8 years of operation without problems.

Potentially this STPP technology could later be combined with biomass from the local production of beet. Anyone driving in the area know the city's extensive production of sugar beet. Such biomass could be added for as much as a total production of 4 MW electricity = impressive 25% of the city consumption! 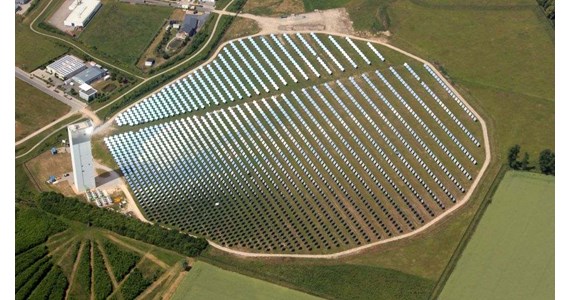 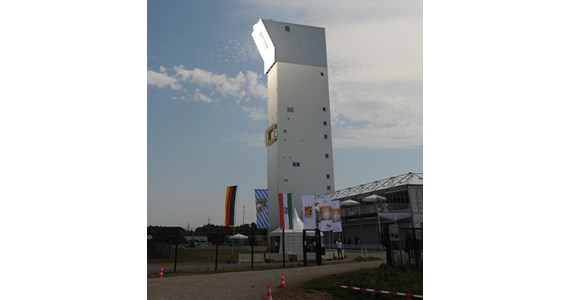 This new-style STPP is easily visible via the 60 meter high tower with the Volumetric-Receiver consisting of 2,500 VR-unit on the tower top. Almost 20,000 square meters of sun-tracking mirrors (heliostat field) focus radiation on the receiver in which air is heated to app. 700°C. The hot air generates steam in a boiler, and the steam drives a conventional steam turbine coupled to the generator with an electrical capacity of 1,5 MW. Overall thermal efficiency is 25%. 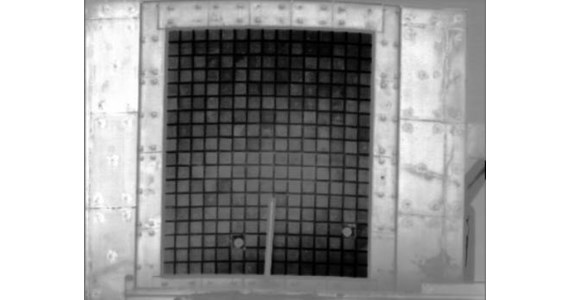 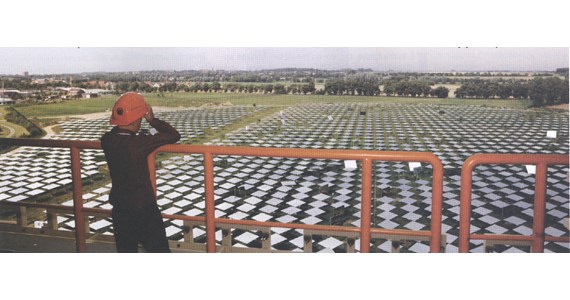